Skip to content
View cart “Boldenone” has been added to your cart.

Buy Masteron It is used in the treatment of breast cancer, but the most common usage of Masteron is as a cutting steroid in bodybuilding. It is popular with bodybuilders because it helps them get ripped and does not lead to side effects such as water retention.

**Please note that our Masteron is an Enanthate**

#2: Masteron is taken by professional athletes, including by sprinters and marathon runners as it improves athletic performance and allows them to preserve their muscle mass while avoiding any weight gain.

#3: Masteron is one of the mildest steroids. It has only a tepid diuretic effect on the body and doesn’t lead to any water retention. It helps you get ripped in a hurry.

#4: Masteron increases the muscle density and vascularity. It preserves the hardness of muscles, even as it burns fat at the same time.

#6: Masteron is taken by bodybuilders as it helps them lift more, train harder and for longer.

#7: Masteron suppresses catabolism; so that you will be able to lose weight without losing any of your muscle mass.

How Does Masteron Work?

One of the biggest advantages of Masteron is that it gives you a leaner, harder and stronger physique. Yes, taking this steroid will lead to fat loss, but it’s not going to happen by magic. Masteron works best when you’re already lean and have moderate body fat.

It helps you with your last-ditch effort to get rid of the last remaining body fat as soon as possible. It gives you the high definition abs and the hard physique that you have always wanted by getting rid of 6% to 8% of body fat.

Masteron does not aromatize like some of the other steroids. It has a strong anti-aromatase effect which ensures that there is no estrogen buildup. It makes your physique harder even when taken in the off-season.

Stacking Up with Masteron

Masteron can be stacked with other steroids such as Testosterone Propionate, Trenbolone Acetate, Winstrol, Clenbuterol and Ephedrine for better results.

How to Take Masteron?

Masteron can be taken in the form of injections.

The standard Masteron dosage for male athletes and bodybuilders is between 300 to 400 mg per week, for a steroid cycle of 6 to 8 weeks.

The standard Masteron dosage for female athletes is 50 mg per week, for a total of 4 to 6 weeks. 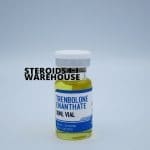 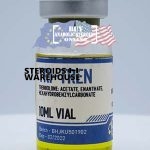 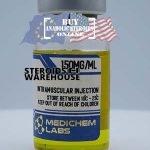 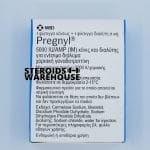 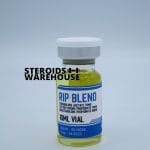 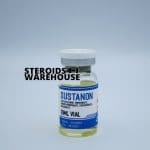 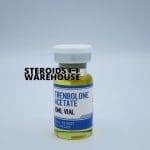 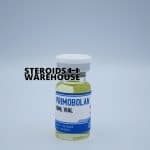 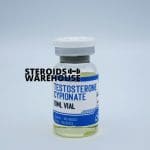